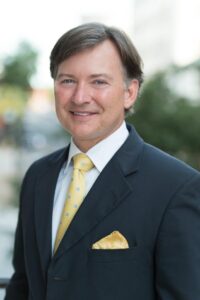 Wiley serves on the Advisory Board(s) of The Mitchell College of Business and Center for Real Estate and Economic Development – The University of South Alabama. In 2017, Wiley was appointed by Governor Kay Ivey to the Southern Rail Commission, where he currently serves as Chairman of the three-state compact between the States of Mississippi and Louisiana. In 2018, Governor Ivey appointed Wiley to the Alabama State Tourism Council. Previously Wiley has served on the Board(s) of the Business Council of Alabama and the Southern Economic Development Council and is a member of the XXVIII Leadership Alabama Class.

Blankenship holds a Bachelor of Science degree in Public Administration from Auburn University and a graduate of the Organizational Management Institute at the University of Georgia. Blankenship lives in Mobile with his wife Marlo and their two children Allie (20) and Wilson (7).