Business networking starts at 11:30 am.

Ashley has been an enemy of crime and a champion of families for 20 years. As a prosecutor, she has served Mobile County since 1996.

Ashley Rich is tough on crime and leads a team of over 60 dedicated employees to serve the Citizens of Mobile County everyday by: Vigorously Prosecuting Crime, Delivering Justice to all Victims, Supporting
Law Enforcement in Seeking the Truth, and Aggressively Working to Prevent Crime. 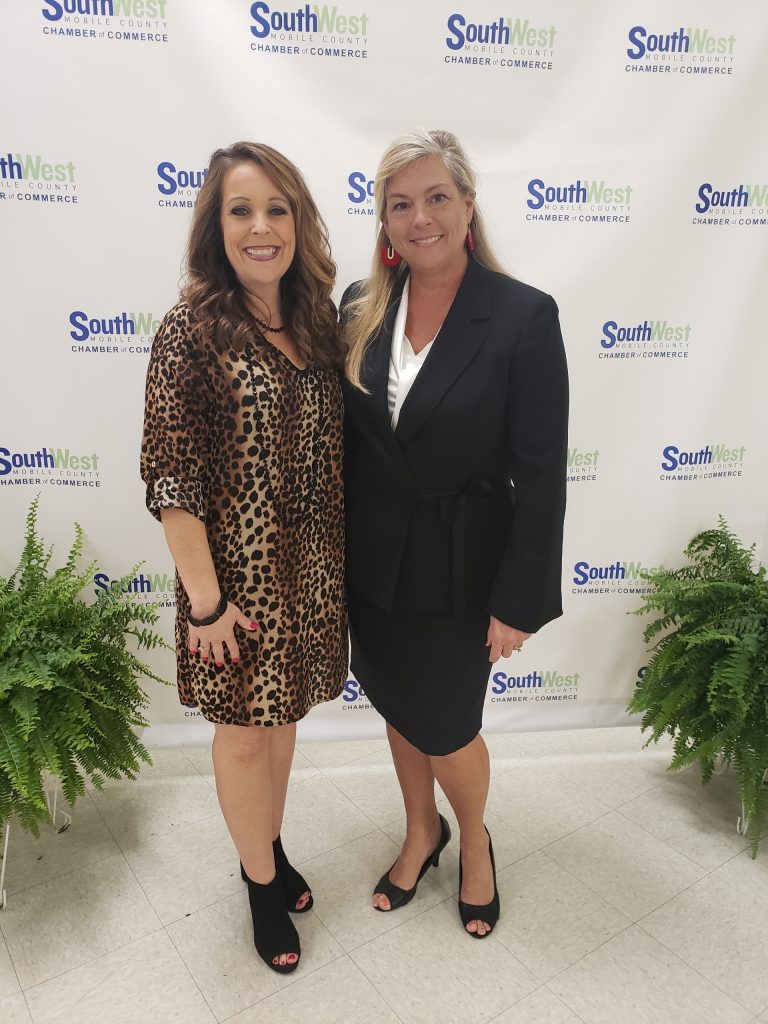 Outside of the courtroom she has steered children in the right direction with community outreach programs, serves on the Penelope House Domestic Violence Center Board, the Underage Drinking Task Force, the Board of Volunteers of America, the Board of the Boy Scouts, and Mobile United Public Safety Committee. She also serves as a “Big Sister” in the Big Brothers Big Sisters Mentoring Program.

In 2015 she was selected by her peers throughout the United States to serve as President of the Association of Government Attorneys in Capital Litigation. In 2011 she received the National Trial Advocacy award for outstanding Capital Litigation by the same organization.

Ashley has been awarded the Lagniappes “Nappie Award” for Mobile County’s Hardest Working Elected Official six times. She was also awarded the Mobile Baybears Community Service Award in 2013, along with the Mobile Museum of Arts “Her- Story Award”. In 2018 she was the recipient of The Watson Guy award at the 21st annual Drug Education Council, which recognizes the continuing tradition of helping others. Ashley was also the recipient of the Access magazine first annual Femmie award. This award is given to women who live fearless, selfless, purposeful lives. In 2019 she was honored with the V.O.C.A.L (Victims of Crime and Leniency) “Voice for Victims Justice” award for her work with crime victims and their families, as well as the Howell Heflin Award for her service and commitment to Alabama’s Court Referral Program.

In 2017, Ashley was elected without opposition to her second 6-year term in office.