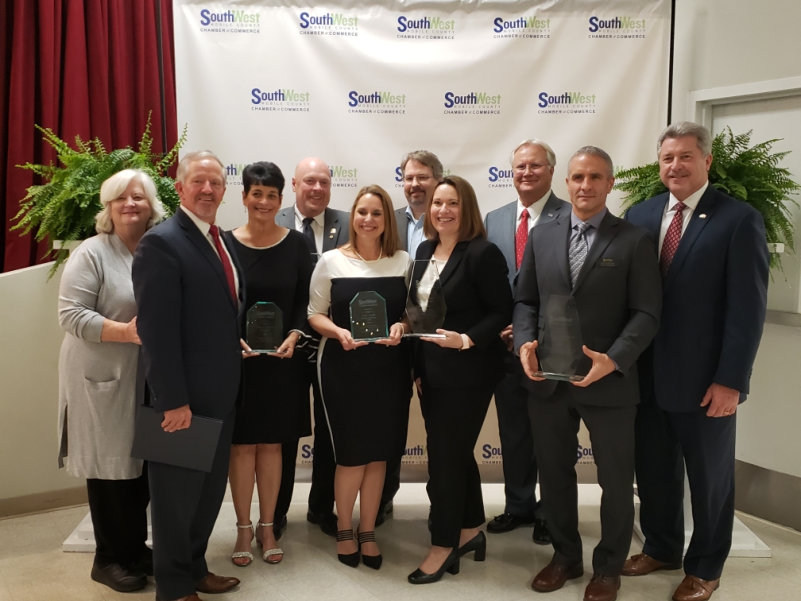 Citizen of the Year 2019 – Sylvie Rihner

Sylvie Rihner was named our 30th Citizen of the Year for her dedication and  commitment to her non-profit Dixie Rear Detachment which is an organization that supports troops one box at a time.  Sylvie and her team make sure to provide moral support to as may soldiers as she can.  Last year she sent out over 1,500 boxes to individuals who were deployed in remote locations abroad.  Each soldier will receive an initial package and treat bags every three months while deployed.  She believes each soldier has different needs and they try to fill each need of every adopted soldier.  She wants them to feel and experience the gratitude from the American people for their courage , hard work and sacrifice. 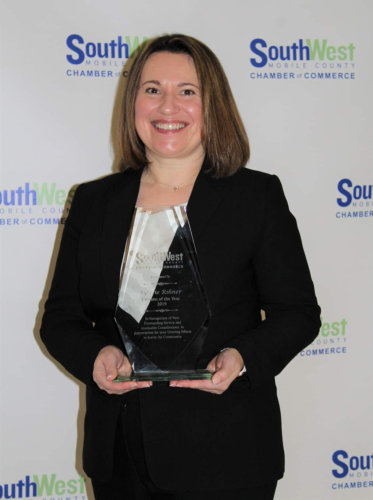 My name is Sylvie Rihner. I was born in a small town, 50 miles south of Paris (France). I came to the US in 1988, after I graduated from High School in France. I attended Texas A&M University and graduated with a Bachelor in Accounting in 1993. After graduation, I started working in Houston for Enron Gas services as a Junior accountant.

It is during that time that I met the love of my life, my husband, Michael Rihner. He was doing his medical internship in Houston, and destiny is, my friend and neighbor was a first-year intern under him. We were married in January 1995. We are the proud parents of Madeline (22), Emilie (20), and Zachary (18).

I became a naturalized citizen in 2008, but I fell in love with America and its people long before that.

I started volunteering while in college. I had the opportunity to be a Big Sister to at-risk girls, to adopt a highway, and to pack ZipLoc bags for soldiers during the first Gulf War. While working at Enron, I helped low income and senior citizens to fill their tax returns, visited and sang in nursing homes, and adopted low income children during Christmas to make sure they too had a Merry Holiday season.

With Michael, when the second Gulf War started in 2003, we decided to adopt a couple of soldiers to show our gratitude for their hard work and sacrifices. It was the beginning of today’s story.

The numbers of adoptees grew so much that we decided to create Dixie Rear Detachment three years ago. We now support between 1500 to 2000 service members during the entire length of their deployment.

I work with several schools in Mobile County to share my love of giving back with the next generation.